26 August 2021 - This week, it's near the end of the school holidays, and there are already a lot of people at La Ferme. For the last time this summer, a group from the APA(an organisation which supports homeless people) has settled in for an Ignatian retreat.

In the beautiful late afternoon light, I meet Sabrina D in the garden: she agrees to talk to me about her life, her faith, and how the retreat is for her. Sabrina talks easily, and I quickly discover that she is a survivor. She had a very difficult childhood and as a teenager spent some time in a psychiatric hospital. It was there, while strapped to her bed to avoid the risk jumping out of the window, that she opened a Bible for the very first time. She mimes the scene for me: her arms are tied to her body, only her hands are able to move, and she opens the Bible that is lying on her stomach: she comes across Psalm 23, and reads "The Lord is my shepherd, I shall lack nothing." At that moment, she decided to ask God, the "Eternal One", to free her from her bonds, in the very concrete sense of the word.

Years later, she is with her Breton mother in Paris, homeless after the death of her father, who was from the Kabyle region of Algeria. Life on the streets of Paris was not easy, but she found consolation in going to church. She ended up asking for baptism, but at first the parishes were suspicious of this homeless convert. Finally, at the parish of St. Rita, she found a priest open to supporting her and so on July 19, 2019, she was baptised in Paray-le-Monial. "At 10:45 am", she recalls, "the very moment I was born!”

Today, she feels fully part of the Church: she likes reading for the congregation at Sunday Mass, and often asks people if they have any prayer intentions to entrust to her. When I ask her about the beginning of her week here at La Ferme, she tells me that it has already brought her so much. Yet, she admits that she came to this, her first spiritual retreat with a heavy heart: she felt lost and anxious. "It is not surprising," she says, "I have experienced six bereavements in four years. And she goes on to recite the person’s relationship to her as well as the dates of their death: first, her father, followed shortly afterwards by her twin brother, then her mother, her godfather, and finally a nephew and a niece... But here, for the past few days, she has been feeling a little more herself. Apart from the tranquillity of mother nature, she particularly values the times of sharing in small groups, and the times when everyone is together. "I have people around me, I'm not alone."

Before we part, I ask her how she nourishes her spiritual life today. She answers very simply: "by talking about Jesus in the streets. Sometimes I get on a bus and start talking to people: “‘Jesus is alive”, I tell them: “he loves you as you are, he will never judge you." And then she remembers, laughing: "Once, a lady got up and said I was crazy, that I should be taken off the bus. But the driver stood up for me, saying that I had the right to say what I thought."

She finishes by saying: "What I tell people in the street, I simply couldn't keep to myself. That would be selfish." 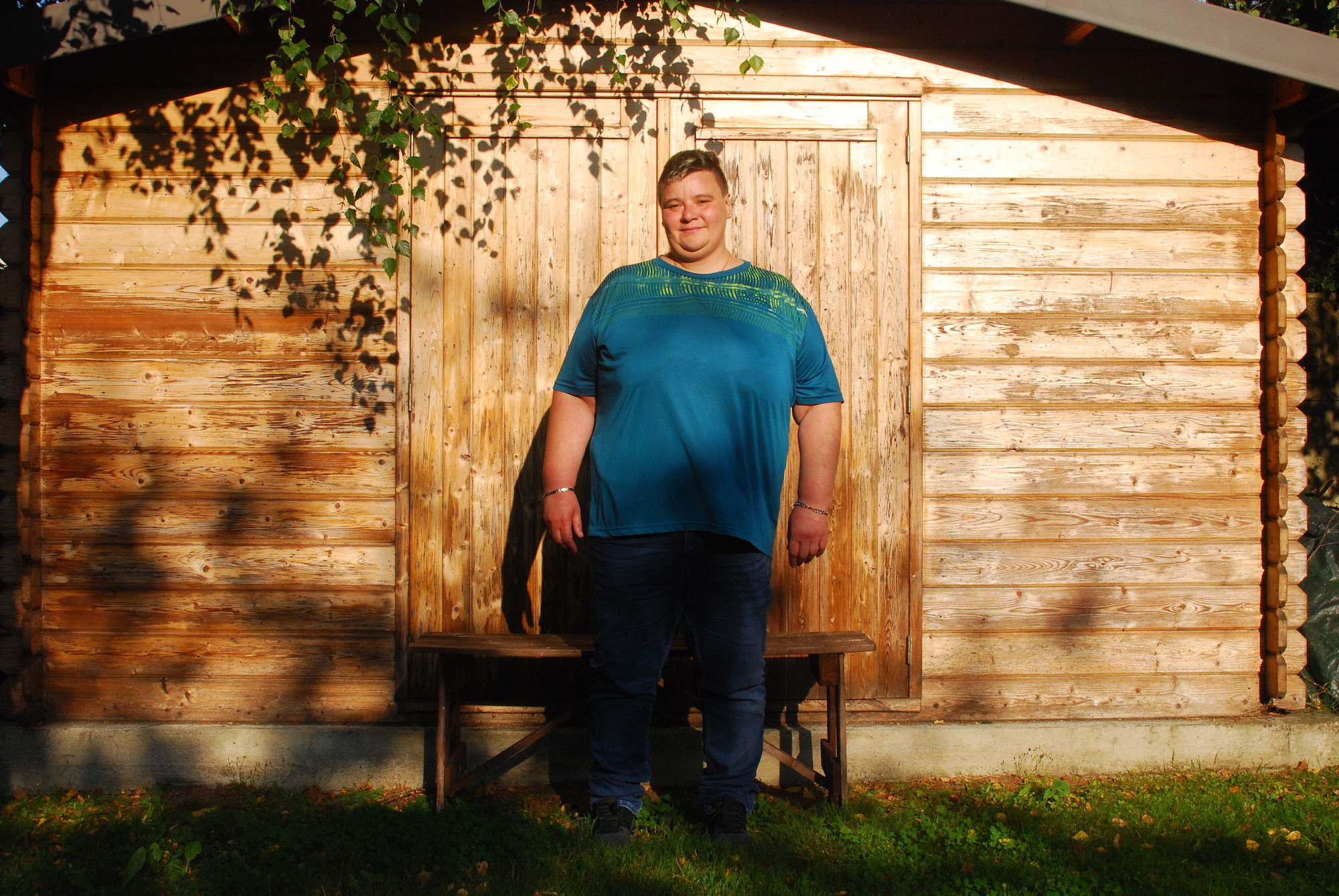