21 July 2021 - At La Ferme this week, we are meeting a lot of people. We are hosting an Ignatian retreat organised for members of the APA, an association offering people who have been on the streets and young professional people the chance to live together.

I run into Cyril, and we chat for a while in the shade of the tall trees in the garden. Cyril is 47 years old and almost two metres in height. He has a room in a hostel in the Rue Vaugirard in Paris. Before that, he was welcomed at their house in Vaumoise run by Lazare, APA's sister organisation. And before that...he was living on the streets of Paris. For 10 years.

He does not remember having a spiritual life during that period. He heard about the Alpha course, while living in hostels and via some voluntary groups he got to know later. Curious, he went along. And, heading from one church to another, he ended up asking for baptism. That happened in 2018, during the Easter Vigil. I sense that this is an important moment in his life, which he often comes back to. For example, he recently had the opportunity to serve at mass, carrying the cross during the procession. It was "impressive" he tells me - "it reminded me of my baptism."
Modestly, he prefers that I don’t take his picture. However, his eyes are handsome, and are set in a tanned face, which bears the hallmarks of sleeping rough. What I am allowed to photograph, however, is the medal that has been with him ever since that historic day, 31 March 2018.

He was more than willing to come to this week’s silent retreat. Even during the meals, there is no talking during: instead, one listens to a reading or to music. That’s a good thing, because he's not very talkative. What he enjoys at La Ferme is "the landscape", pointing to the trees and flowers. When I finally ask him -out of the blue I admit- who Jesus is for him, he answers: "He's my saviour. Nothing more."

We've been sitting there for 25 minutes now, in the soft air of the Picardy countryside. It's time for him to go back to his retreat, with its moments of sharing and reflection, and for me to go back to my work. Cyril is a man of few words, but we had a good chat all the same. 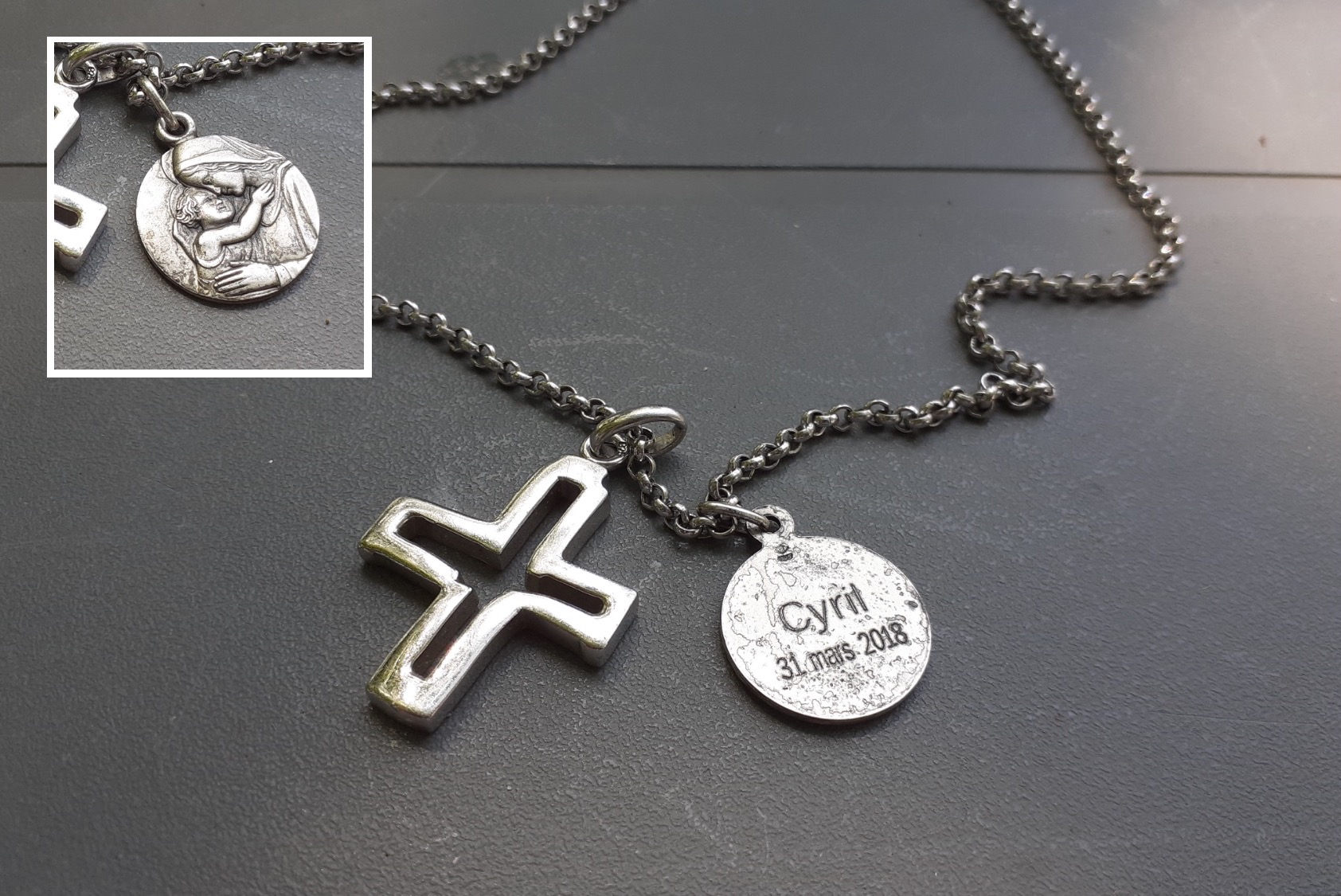