January 2022 – Patrick Fontaine is French, and used to be the international leader of L’Arche.
Patrick tells us here about an encounter that transformed him. 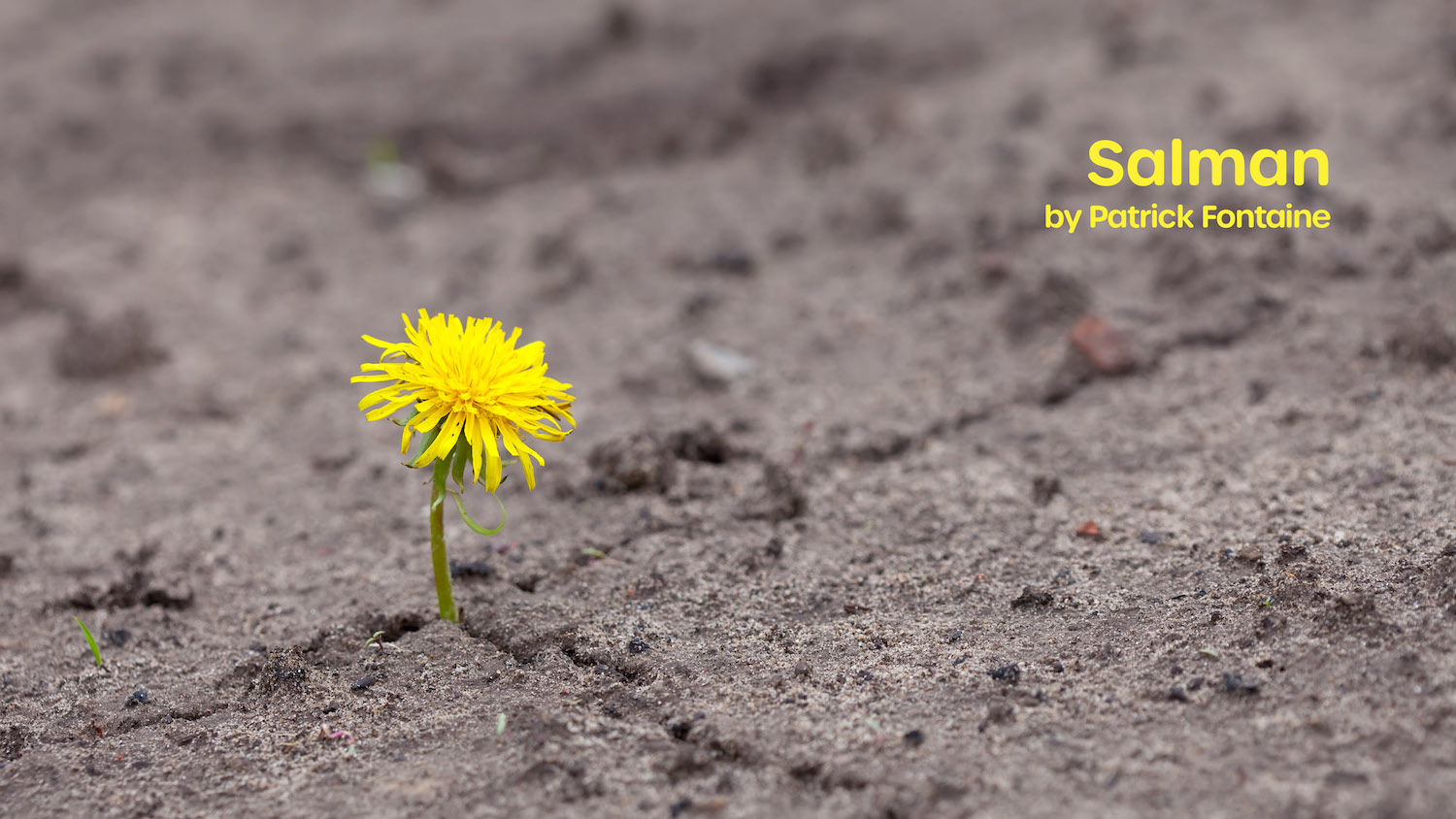 It is 5 February 2006. I land in the early hours of the morning at Kuwait City airport. Yamin and Nadia, two Muslim L’Arche assistants, are accompanying me. Majdoleen, a former member of L’Arche in Syria, welcomes us with joy: she has finally convinced us to make this visit with a view to setting up L’Arche in Kuwait…

Our programme is timed to the minute. We meet the group interested in the project and some potential donors. Then we are driven to the hospital, to the long-stay paediatric ward.

The lobby looks like a luxury hotel, and the wards have all the most modern equipment. Majdoleen leads us from room to room to greet the children she knows. We stop for a while in one of them. Large and beautiful, it probably belongs to a rich family. Next to a mountain of large stuffed animals is a child’s hospital bed with high cot-sides. In it, the small sleeping body of Salman, who looks about 9 years old. Majdoleen explains to us that once his disability was discovered, he was virtually abandoned. He has scarcely any visitors. To protect him from his own random gestures, small white mittens cover his hands. He is fed through a nasal tube, so the only time he is touched is when the orderlies change his nappy. Only their eyes are visible behind their niqab.

I gently lower the bars on his bed and in an instant Salman is wide awake. The sight of us brings a smile. He is soon crawling to the edge of the bed, but loses his balance. To prevent him from tumbling, I put my hand on him: he edges forward, reaching my wrists. And a few seconds later, he is in my arms. He is obviously an expert in this strategy of putting himself in danger in order to be caught…

There follows a moment of sheer enchantment. Salman is clearly thrilled with our presence: happy to grab my glasses and send them flying, pleased to be passed from arm to arm… The visit goes on, beyond the time allotted. Too soon, we have to bring this timeless moment to a close: other appointments await us. Carefully, I put Salman back in his bed and gently pull up the cot-sides. Then, walking backwards, we slowly leave the room, close the door and start to going down the stairs…

That’s when a terrible, chilling shriek stops us in our tracks. Even fifteen years later, it still echoes in my ears and raises the same feeling in my guts. In his room, Salman is screaming out his anguish, his abandonment.

There are four of us on the stairs. Three Muslims and one Christian, frozen to the spot, chilled by this cry.

In silence, we look in each other’s eyes, lumps in our throat.
We are as one: Salman’s anguish has bonded us to our common humanity.
This pain has overwhelmed us, transporting us in an instant beyond ourselves, beyond our differences, our cultural borders, beyond our religious identities. ‘Beyond’…
This spiritual experience that we are living through is common. Common, and painful.

Sometimes, only the cry of the person who is vulnerable has enough power to shatter what separates people, to take hold of them, to unite them. The meeting with Salman had this effect immediately. And in the longer term, a great fruitfulness, in the dialogue and inter-religious friendship within L’Arche.