May 2021 – A missionary priest who has been living in Benares, India, for over ten years
Yann Vagneux is the brother of Laurent, a member of the community of La Ferme with an intellectual disability.
Yann tells us here about an encounter that transformed him. 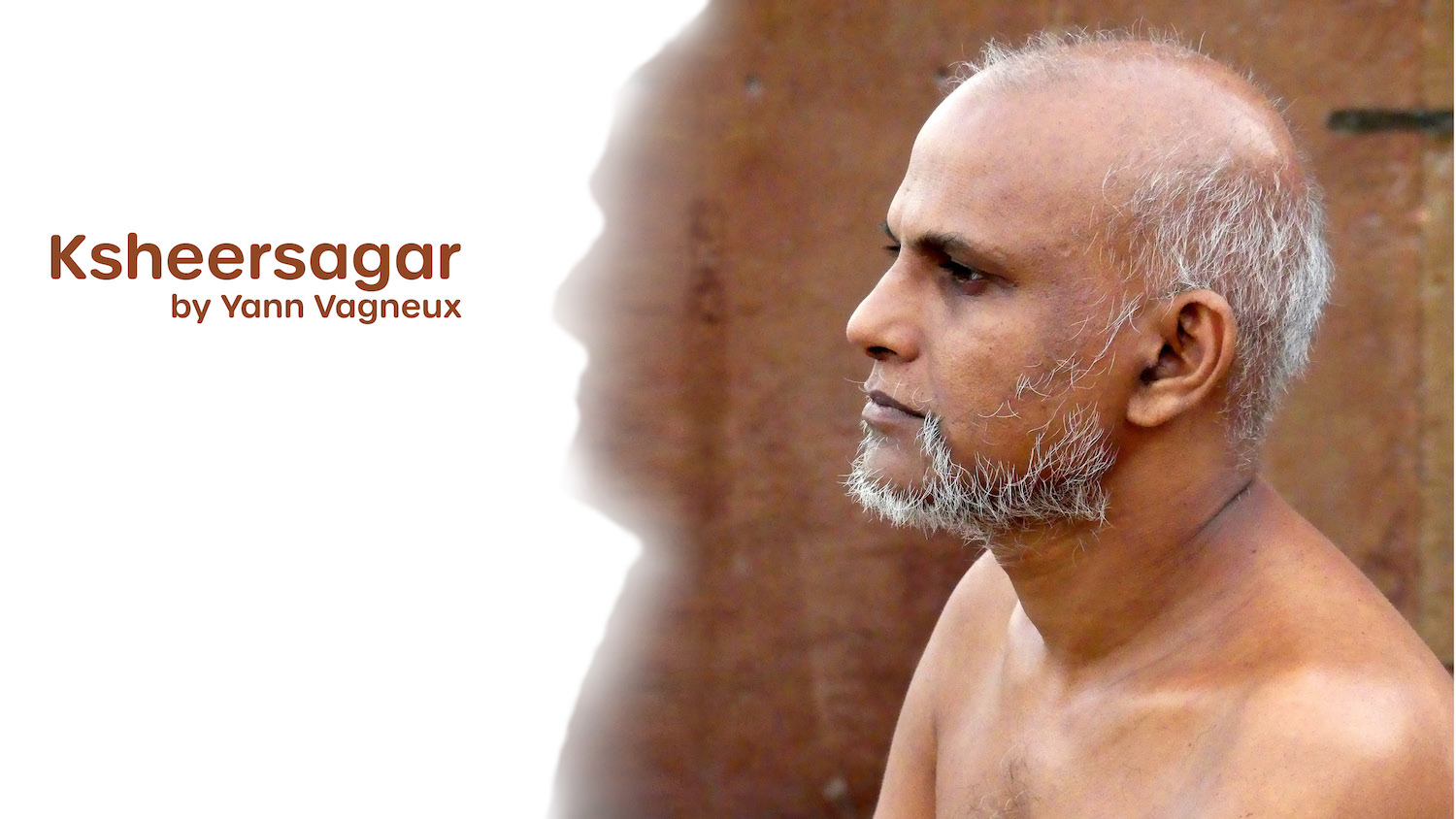 In India, the four months of monsoon are called the Charturmas. They allow the Jain monks to pause for recollection and study, before taking up again the sacred wandering through which they seek to break all the links that tie them to the world. This tradition dates back to Mahavira, the last Jain tirtankara (or ford-maker) and a contemporary of Gautama Buddha (6th century B.C.). The two masters have profoundly influenced India, but Jainism, despite its minority status, has left an imprint of radical spirituality and the high ideal of non-violence (ahimsa), which has deeply inspired the Mahatma Gandhi. The attention paid to not killing any living being explains the necessity of not walking during the monsoon season, when insects fill the paths and could be inadvertently crushed by the feet of pilgrims.

It was at the time of Chaturmas in October 2018 that I met Ksheersagar, a monk from the digambara line: one of the two branches of Jainism marked by the traditional practice of the ascetics not wearing clothes. He had come to Banaras during that period to perfect his Sanskrit. I had thus the opportunity to meet him every evening on a terrace facing the Ganges where he was temporarily residing.

As the days passed, our discussions deepened. It was as if he, a Jain monk and myself, a Catholic priest, were made of the same spiritual cloth. He told me how he had left prestigious studies to take on a harsh ascetic life. I told him of my path to priesthood in India. He explained his everyday life to me, how it was structured around prayer and continual walking. At times, our conversations were interrupted by the faithful for whom the presence of a monk was a blessing. Sometimes they would ask advice as to how to improve their business, and we would smile at how often people ask us for help in realms that are no longer ours.

Weeks passed and Jainism became more familiar to me, and Christianity for him. We were the same age, and both had the certainty to still be on the way to the ultimate goal that motivated our initial departure. For him, it was the final liberation from the ego which inhibits awakening. We communed with one another in the depths of our quests.

On the evening of the Hindu celebration of Diwali when rows of oil lamps are lit in each home, I came to say goodbye to him. I felt that for Ksheersagar, who sought perfect detachment, this was a moving moment. We sat for a long time in silence. Then, he thanked me for having shown him another face of Christianity. I did not know how to express in words my gratitude to him for having rekindled my desire for God. We had become kalyanamitra, companions that help one another progress spiritually according to the noble Indian vision of friendship.

Then we parted. The next day, he went on his way, alone. I will most likely never see him again and yet, I continue to feel his presence as a mysterious companion on my spiritual journey.

If you want to know more about Yann Vagneux, and about India as seen trough his eyes, you can order his testimony, “A Priest in Banaras”

Find "A Priest in Banaras" on Amazon