Home > Outiside the walls > Inner life > Like swallows on the wing

October 2022 – Deputy Leader for the region of Hauts-de-France / Normandie within L’Arche in France, Elisabeth Laurent remembers an encounter that transformed her : the one she made when she met Claudine Didou, in the 90s, at L’Arche Les Sapins. 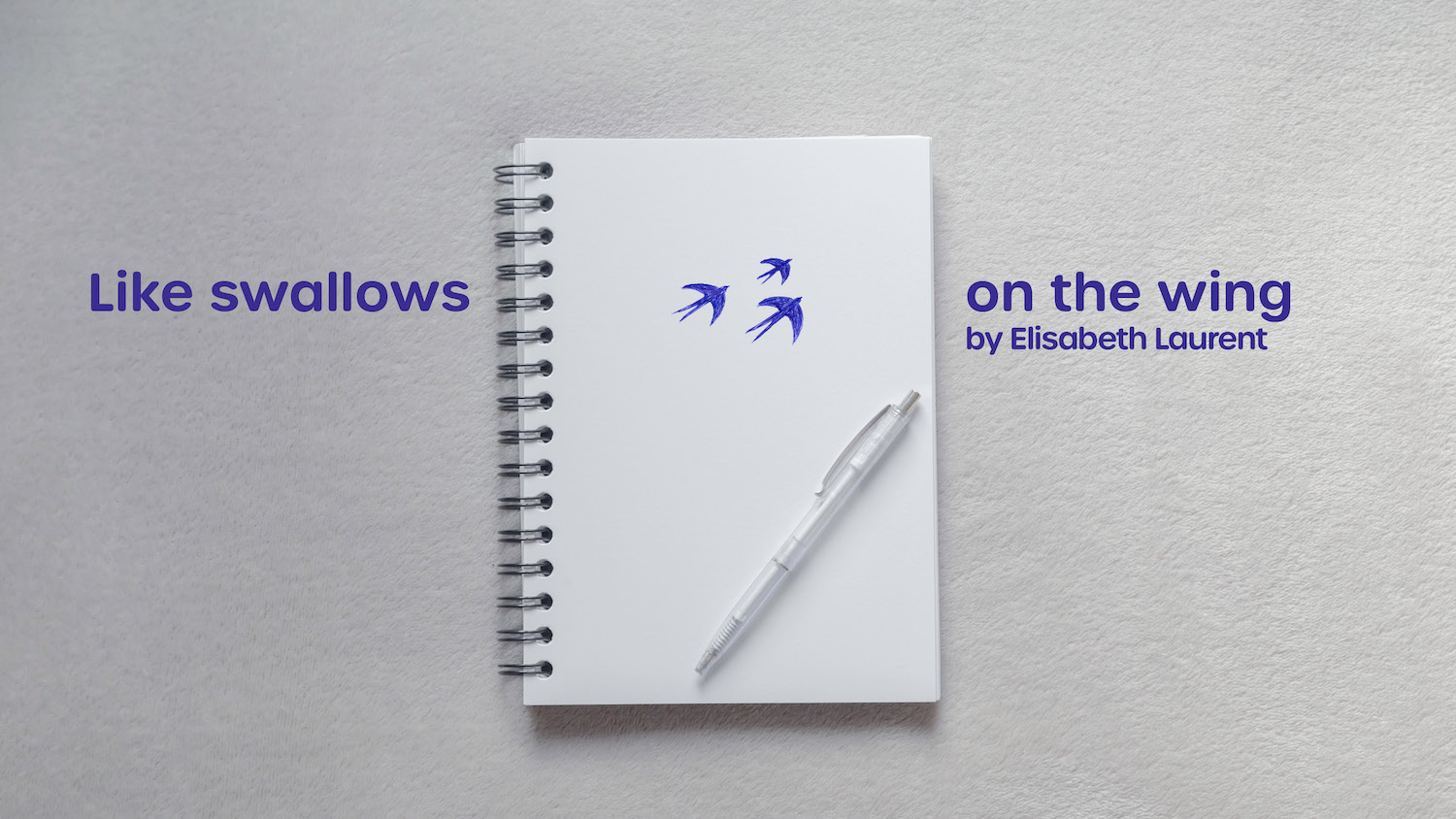 In the 1990s, along with my family, I was part of L’Arche des Sapins in Charente, France. During one formation, I was given the following exercise: to give thanks every evening for ten minutes, and then to write down what I had given thanks for. The exercise seems simple enough, but in practice, it was tough: I used to wonder what I might find to write each evening.

Fortunately, help was at hand, in the person of Claudine Didou. Claudine was also living in L’Arche des Sapins at that time. A health problem had prevented her from continuing her work in the vineyards, so on two afternoons a week, she would come to my house. Her mischievous face was jubilant when she turned up with armfuls of sorrel and parsley, holding flowers by the stem with their roots dragging along the ground. She would explain to me how she had saved them certain destruction from a future downpour.

She was not always easy to get along with, and the old floors in the foyer used to echo with her anger, like the sound of a drum roll. But, through Claudine, I learned to rejoice in the lime tree and in the cherries which would be soon ready for picking. I was in no danger of that slipping my mind: she would remind me again and again. Throughout the afternoon, she would recount the same stories several times in a row, watching for my reaction: the growing number of children in our family, the nurse who had mistaken her for the mother of her house-leader, and the hospital in Bordeaux where she was still called “Madame”, and not “Mademoiselle”… Claudine was a veteran housekeeper, keeping a watchful eye on the state of my sponges and the level of wax in my tins. At her insistence, I had no choice but to buy a feather duster for the spider webs. After her visits, the living room would be full of perfume and, in spite of my attempts to prevent it, the furniture had been neatly arranged in a row along the walls: Claudine liked order, and was exceptionally strong.

Her way of getting herself invited to my house had become an art-form: “When A. and M. lived here, they sometimes invited me to eat…” she used to say. Or perhaps: “I like being invited to lunch… My favourite dessert is chocolate cream… Omelette with sorrel is good… Thursday is a good day to invite me…”

While peeling vegetables for soup, we would listen to her tapes, singing along to the choruses at the top of our voices. Her favourite songs were, Dress like the flowers of the field, don’t let the spring escape and Don’t worry, life is beautiful, like swallows on the wing. As I drove her back home in the car, along the narrow stony road, we would sing them at full blast. So in the evenings, when thinking back about Claudine, there was no shortage of things to write down in my notebook.

When Claudine started to lose her hair, she didn’t make a big deal of it. Sometimes with a laugh, she would pull out from her blouse, the foam pad that filled her bra. Her hair, which used to be straight but had grown back curly, was another cause of amusement. At times, I would put it down to her disability, the fact that she could welcome these changes with such natural simplicity. In fact, she was giving me a real lesson of the art of living. Claudine, so coquettish in her flowery dresses and her Charentais slippers, was meeting her death freely, with her eyes open. “My mother had the same illness”, she would remind us. Two years later, Claudine died quietly in her home at Le Cep, listening to a verse from the Song of Songs. “He is coming for me, my beloved, he is coming, he is leaping on the hills!”

React to this text (Inner Life - Like swallows on the wing)