The story of a caramel square

July 2022 – A great friend of La Ferme, member of our board of directors, Curt Armstrong is american.
Curt recalls here about an encounter that changed him, an encounter that took place more than 40 years ago. 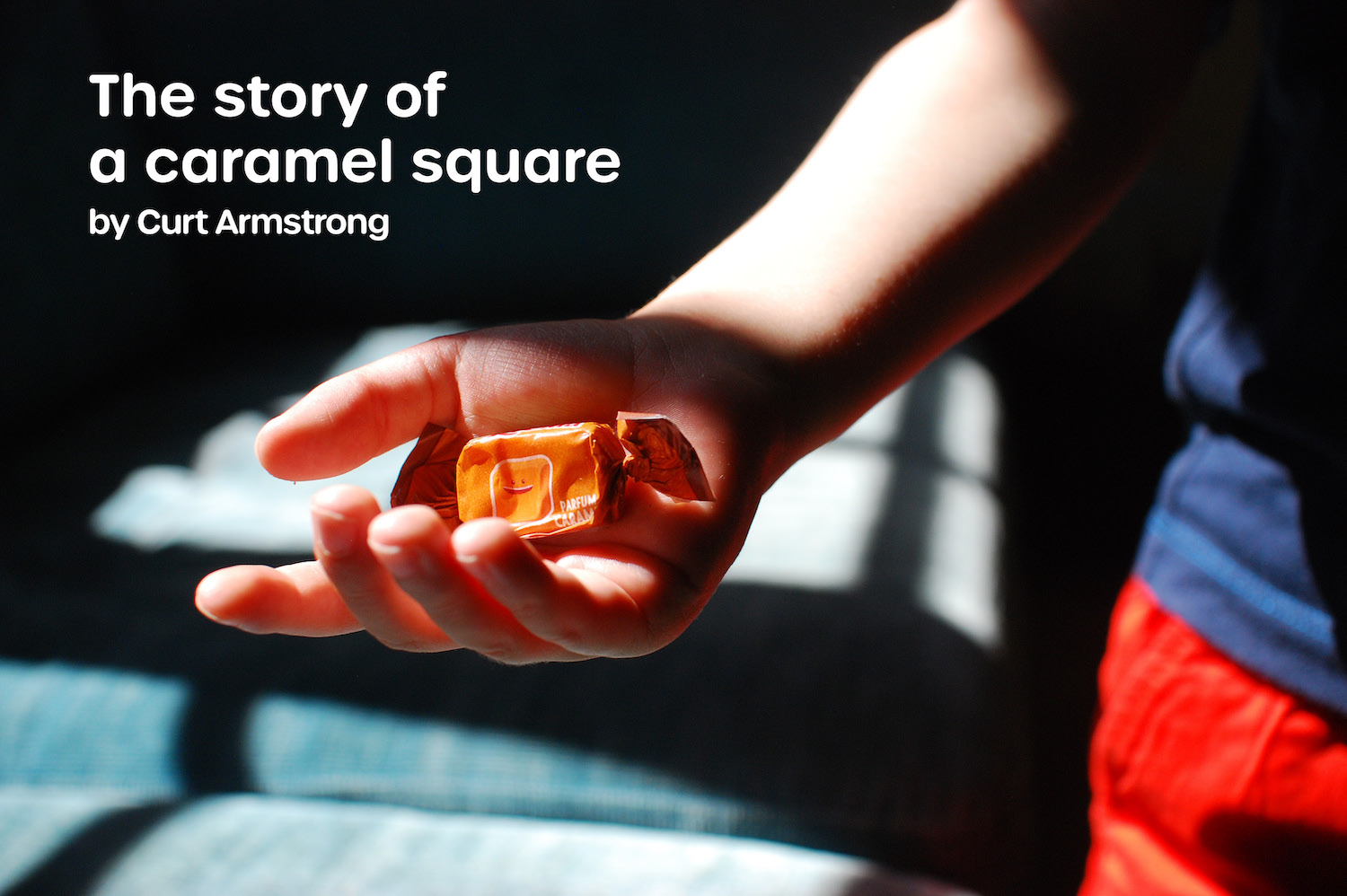 When I was six years old, I had an encounter which has carried much grace and guidance in my life. The year was 1973. Until then, I had lived in Atlanta, in the United States. That year, my father, a historian, was to teach in Geneva, Switzerland, and the rest of the family were to come with him. Switzerland seemed very far away to me, it would be a land full of adventures and discovery. I was nervous and held in my heart a wondering, and a quiet excitement.

Just before leaving, a tragedy entered our family’s life: my mother’s father died unexpectedly. This was my first experience with the death of a close loved one. It also had a consequence on our moving to Europe: while my father left just after the funeral, my mother, my older brother and I stayed in the US with my grandmother for some time. When we finally arrived in Geneva, the school year was well underway.

This is why my first day of school was, in fact, a simple and ordinary day for everyone else in the school, but not for me. When my parents dropped me off, the children were playing outside. A bell rang, and they all disappeared into their classrooms. I stayed in the courtyard, alone, lost as if on a large island. I did not speak French. I did not know anyone. I did not know where to go. I sat down on a bench, under a tree, and began to cry. Eventually, after what seemed like two years, a teacher came out, found me, asked if I were the American boy, and took me to my classroom. And so began the school year.

Classes were ok, even if I didn’t understand much. But what I remember most was recess, when children broke off into groups of friends and played. I would stand somewhere by myself, or sit on a bench. This lasted a number of days, but again, I was six years old then: these days felt like half a lifetime!

Then one day, a boy came towards me during recess. His name was Dominique, and I remember that his family lived over the train station. Dominique approached me, and circled me a bit. We looked at each other. After a minute, he reached out a closed hand. Then, he slowly opened it, and I saw something in his palm: it was a square of caramel. I accepted it, quickly and happily, and he then motioned for me to follow him to a small group of friends. We began to play a game together. From this moment on, everything changed for me. I was connected; and the world around me came alive. It was as if Spring appeared. The leaves were green, the birds were singing.

That year in a foreign land became a time of growth, with many adventures that opened life in new ways for me. Yet, at its beginning, there was this lost American boy, and thehand of Dominique, reaching out, offering me a caramel and a place in the circle. The memory of this moment has stayed, like a refrain, living somewhere inside of me. Dominique taught me a simple and powerful truth, that has been part of what has guided my life: how we hold in our hands the ability, often through simple acts, to reach across boundaries and invite someone to belonging and to new life…